VISIP 2015, published by the Government of Vanuatu (GoV) with the technical assistance of the Pacific Region Infrastructure Facility (PRIF).

The report, approved by the Council of Ministers on 16 April 2015, outlines Vanuatu's priorities and plans for major infrastructure for the coming decade up to 2024. Specifically, it sets out a list of priority projects and recommends processes and institutional responsibilities within the Government that will allow successful implementation, monitoring and evaluation of these strategic investments.

The VISIP 2015 considers both economic and social infrastructure. 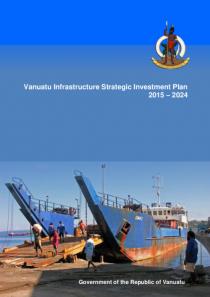